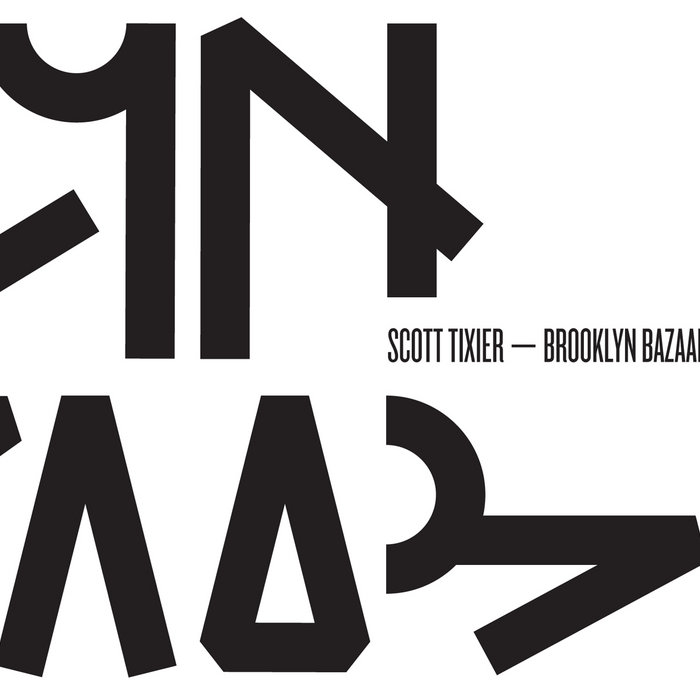 The borough of Brooklyn has forever played second fiddle to Manhattan, the pearl of New York. Though it may not have the innumerable museums, theaters and glimmering towers prevalent across the East River, Brooklyn has become the most livable and culturally diverse region in the Big Apple. The myriad of people, practices and ideas in such close proximity has been an important element in the development of great art for generations.

One artist who has found abundant inspiration in Brooklyn is Scott Tixier. The French born and raised violinist/composer moved to the United States four years ago, settling amongst the ever-growing population of adventurous musicians in Brooklyn. His debut recording Brooklyn Bazaar (Sunnyside) attributes his recent musical development to his experiences in his new home, a place where you can find “any kind of music, any kind of textures or spice… like in the antique bazaar.”

Born in 1986 in Montreuil just east of Paris, Scott and his twin brother Tony were involved in the arts very early on, their mother a dancer and father involved in the theater. Scott’s musical studies began early, piano and percussion first and then switching to the violin. Scott became increasingly interested in jazz after years of classical study in the Conservatories of Montreuil and the 10th District Paris. Mainly self taught, his jazz education was a joint effort with his twin Tony, an accomplished pianist, with additional tutelage of jazz violinists Florin Niculescu, Jean Luc Ponty and Mark Feldman.

During a visit to New York in 2007, Tixier was able to meet with one of his musical heroes, guitarist Pat Metheny. They spent time talking about music, especially the influence of John Coltrane. Tixier gave Metheny a copy of his demo. The legendary guitarist was so taken with it, he emailed saying that he’d like to help Tixier move to New York and later wrote a letter for Tixier’s visa application.

Tixier moved to New York in 2008 and quickly became immersed in a wide variety of musical projects, including sideman work with Anthony Braxton, Maceo Parker and Lonnie Plaxico. Along with these activities, Tixier created his own ensemble made up of young musicians that he had met either in sessions or in the musician friendly neighborhoods of Brooklyn.

Bassist Massimo Biolcati has been a figure in the New York jazz scene for some time as a member of ensembles led by Terence Blanchard and Ravi Coltrane. Drummer Arthur Vint brings youthful vigor and a well-balanced approach in accompanying Tixier’s violin. Tixier’s longtime friend and guitarist Douglas Bradford’s rhythmic placement and sound fit the ensemble’s unique string led texture and Tixier’s pianist neighbor Jesse Elder has an original concept that allows a fair share of risk that attracted the leader.

The compositions on the album were inspired by Tixier’s experiences in Brooklyn. From a rhythmic pattern he heard from an previously unknown salutation, he was able to write the sweeping “Keep In Touch.” The joyous “Bushwick Party” was written as an ode to the rooftop neighborhood party, a dancing celebration of rhythm using whatever was at hand. “Arawaks” was written in memory of another more tragic encounter between Americans and Europeans. The Arawak people were the first natives of the Americas encountered by Christopher Columbus, and suffered greatly at his hands. Tixier employs singer Emilie Weibel to lovely effect on a wordless vocal on this engaging ballad.

“Elephant Rose” began as a groove that the melody builds around. Tixier edited the superfluous notes away until the melody rang clear. Life in New York City has given Tixier opportunities to discover new avenues of thought, not only musical but also scientific and philosophical. Tixier based “String Theory Pt. 1” on the concept of String Theory, a particular framework in particle physics, that friend/mentor Lonnie Plaxico explained using the violin string as an analogy, the song utilizing Rhodes, guitar and violin to create a unique vibration and texture. The uptempo “Miss Katsu” was written for a friend who was into the aggressive and angular music of Kenny Garrett, who provided a perfect compositional model.

Due to Brooklyn’s close quarters, views into other’s apartments (worlds) made Tixier recall Alfred Hitchcock’s film Rear Window. “Facing Windows” was composed as an ode to little mysteries, with a hint of danger and plot twists aplenty. Violin virtuoso/improviser Mark Feldman has been a tremendous support for Tixier since his arrival. “Shopping with Mark F” was written as an eclectic homage to a friend, spanning a breadth of diverse musical areas reminiscent of those frequented by Feldman. “Roach Dance” was inspired by a common Brooklyn pest, the roach, the angular melody and the scurrying solos mirroring the insect’s jittering escape.

The borough of Brooklyn has continued to be a melting pot. Old traditions and new trends commingle everyday on its streets. Access to such a variety of ideas has made Brooklyn a desirable place to develop one’s creative expression. Scott Tixier has made a tremendous document to support that claim on Brooklyn Bazaar.

Bandcamp Daily  your guide to the world of Bandcamp

Featuring Oakland sounds from the Smart Bomb collective and Samplelov.